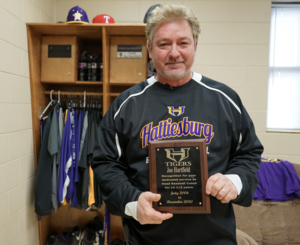 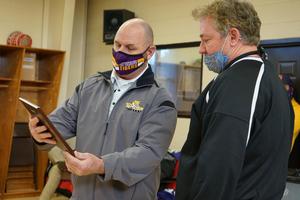 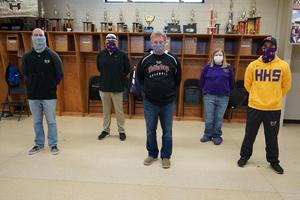 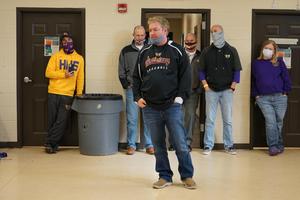 After 14 1/2 years of service to students within the district, with a 5A State championship under his belt, Hattiesburg High head baseball coach Joseph Hartfield will retire at the end of the year.


“Due to personal and family health issues, I know it is time to move onto the next chapter of my life,” said Hartfield.


Hartfield added that due to his tremendous coaching staff, quality parents, support from the city and community, and especially the efforts of many great players, he knows that the challenge to maintain an elite program set before them was met during his time as Head Baseball Coach.


“In 2006, Dr. Cheyenne Trussell and Dr. Annie Wimbish hired me for one of the most prestigious Head Baseball Coaching positions in the state of Mississippi, Hattiesburg High School’s Head Baseball Coach,” said Hartfield. “Since then, it has been a personal challenge of mine to keep the baseball program among the elite programs in the state, a standard set before me by Coach Jimmy Pierce and Coach Larry Knight.”


Under Hartfield’s leadership, the baseball program continued its tradition of excellence by winning the Mississippi High School Athletic Association 5A State Championship in 2018. In addition, Hartfield received numerous coaching recognitions, including being named the 2019 State Coach of the Year presented by the Mississippi Association of Coaches.


HPSD Superintendent Dr. Robert Williams described Hartfield as an organized and dedicated Coach that has made a significant impact in our District.


“I’ve had the opportunity to work with Coach Hartfield since 2007, and it has truly been a pleasure,” said Williams. “He is always willing to lend a helping hand anywhere that was needed and always has been a great role model for his students on and off the field.”


During his time as head baseball coach, Hartfield had over 400 Career Wins and managed to lead his team as District runner-ups in 2015 and 2011.


Athletic Coordinator, Tony Vance added that Coach Hartfield exemplifies what it means to be a great man of integrity, loyalty, and high character.


“Year in and year out, you knew his teams would be competitive, play with great excitement, be disciplined, smart, and well-coached,” said Vance. “He will be greatly missed, and his legacy speaks for itself. He is a Hall of Famer in my book, and I’m proud and fortunate just to have been his colleague but to have been able to call him my friend. Coach Joe Hartfield will always be a Tiger.”


Currently, there are four graduates from Hattiesburg High School playing in Major League Baseball that Joe Hartfield coached on the diamond. When asked about the current players of his team, Hartfield said that he wants every player to do the right thing on and off the field. He says that he would like his team to put all of their efforts into keeping the champion tradition going.